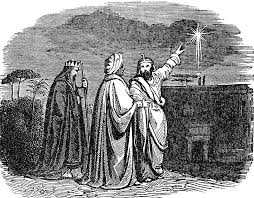 Now after Jesus was born in Bethlehem
of Judea in the days of Herod the king, behold, wise men from the East came to Jerusalem, saying, “Where is He who has been born King of the Jews? For we have seen His star in the East and have come to worship Him.” Matthew 2:1-2

If you’re traveling during the holidays, you’re participating in one of the oldest Christmas traditions. Two thousand years ago, the Magi gave a parting glance at home and trekked westward, where they found and worshiped the Savior.

Who were these strange travelers? In the days of the Old Testament, the prophet Daniel, a young Jewish exile in Babylon, interpreted the dream of King Nebuchadnezzar and was appointed chief of the wise men of Babylon (Daniel 2:48). Daniel wrote extensively about the coming of Christ, so we suppose he passed along a keen sense of anticipation for the coming Messiah. Perhaps the wise men in Matthew 2 were from a sect among the eastern Magi devoted to the writings or oral traditions of Daniel.

If so, Daniel cast a long shadow. So do we. Future generations will be influenced by how we live, what we believe, and how we pass on our faith. Should Christ tarry, you can still be influencing the world a hundred years from now by your devotion to Christ today.