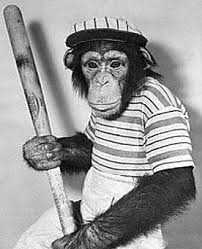 A visiting minister was very long-winded. Worse, every time he would make a good point during his sermon and a member of the congregation responded with “Amen” or “That’s right, preacher” he would get wound up even more and launch into another lengthy discourse.

Finally, the host pastor started responding to every few sentences with “Amen, Pharaoh!” The guest minister wasn’t sure what that meant, but after several more “Amen, Pharaohs” he finally concluded his very lengthy sermon.

After the service concluded and the congregation had left, the visiting minister turned to his host and asked, “What exactly did you mean when you said “Amen, Pharaoh?”

His host replied, “I was telling you to let my people go!”

The Pastor came to visit the other day. He said that at my advanced age I should be thinking of the hereafter.

“No matter where I am – in the living room, upstairs, in the kitchen, or down in the basement, I am always asking myself: ‘Now, what am I here after?’”

An older woman stood up and said “I did.”

The preacher told her, “Since you put that much money in the plate I would like to let you pick out three hymns.” Excitedly, the woman said, “How nice, I’ll take him and him and him!”