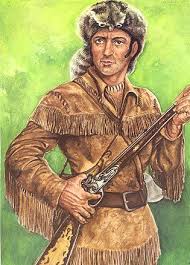 Paul’s style of leadership was neither aloof nor secretive. He lived among them. They knew his address. He talked to them. He didn’t preach a sermon and then conveniently slip out the back door during the benediction. He remained approachable, accessible, and real. His life was an open book. Most would agree, that kind of leader is refreshing. They’ve got nothing to prove, no secrets to hide, no pretense or air of self-importance, never feeling compelled to remind you of their qualifications for the job. That was Paul. He was believable. John Stott writes,

Paul’s ministry in Thessalonica had been public. It was exercised in the open before God and human beings for he had nothing whatever to hide. Happy are those Christian leaders today, who hate hypocrisy and love integrity, who have nothing to conceal or be ashamed of, who are well known for who and what they are, and who are able to appeal without fear to God and the public as their witnesses! We need more transparency and openness of this kind today.1

A leader who lives his life in the open has nothing to guard or fear. But if he is always on the move, forever hiding behind locked doors and drawn blinds, the public has reason to suspect he’s not genuine. Be careful about following a leader who is inaccessible and invulnerable.

Please remember, however, his ministry was no bed of roses. He literally limped into Thessalonica, his body bruised and tender from being beaten and imprisoned in Philippi. Thankfully, I’ve never had to endure such brutal persecution. Paul did. But here’s the good news: it didn’t impede his resolve. He writes, “But even after that we had suffered before, and were shamefully entreated, as ye know, at Philippi, we were bold in our God to speak unto you the gospel of God with much contention.” 1 Thessalonians 2:2

One of the secrets of the man’s success can be stated in three words: he plodded on. He led the same way whether the winds were at his back or blowing hard against him. Opposition and hardship didn’t matter. The only priority that mattered to Paul was that Christ was proclaimed. Every trail he blazed led others to the cross.

How do your personal priorities align with Paul’s?

Let’s proclaim Christ whether the wind is at our backs or blowing hard against us.