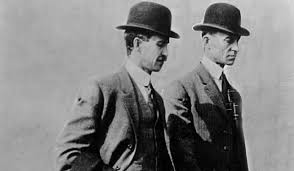 An ancient story is told of two brothers who shared grain fields and a mill and, at day’s end, equally divided the results of their labor. But the unmarried farmer felt that his brother, with a family to support, should have a greater share. So each night, under cover of darkness, he added some of his grain to his brother’s.

Meanwhile, the married brother was concerned that his single brother would have no children to care for him in his old age. So each night he, too, added to his brother’s granary.

One night, the selfless brothers ran into each other. Grasping what was going on, they laughed and embraced. Rabbinic legend holds that on that spot — where love was freely shared — God decided his Temple should be built. Wherever people act in sacrificial love, the space between them is holy.