Further Than You Want To Go 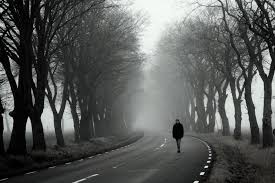 The chain of sin that began when David stayed home instead of going into battle was carried even further. David wanted to cover up his adultery by having the husband of Bathsheba sleep with her. Then he would think her child was his own. The faithful Uriah would not sleep with his wife when his fellow soldiers and the ark of God were in tents in the battlefield. David tried harder. He got him drunk, but still Uriah was faithful. Then he sent a letter with him that gave a plan for his murder by not defending him in battle. If David couldn’t cover his sin, he would have Bathsheba’s husband killed and take her for his wife.

King David thinks no one but Joab will ever know. God knows! David thought the letter would remain a secret. But now the world has read the substance of his letter. When we plot a sin to cover sin and think that our cunning will keep anyone from knowing, we are only deceiving ourselves. Be sure your sin will find you out. When Bathsheba gave birth, the nation knew and the death of Uriah would be seen as more than a coincidence. In an effort to save his reputation, David lost even more respect in the eyes of his nation.

Solution: Stop the cycle before it gets uglier. Repent and ask man and God for forgiveness.