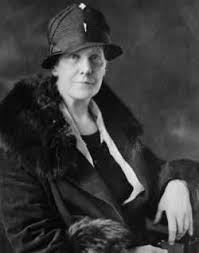 Today is a big day in the life of mothers. In fact, our country has celebrated Mothers Day on the second Sunday in May ever since President Woodrow Wilson proclaimed it as a national holiday in 1914.

But that’s just part of the story about how one of our nation’s most coveted days began. Strangely, the rest of the story has been forgotten, given way I guess to all the commercialism that Mothers Day now carries with it. Its founder would turn over in her grave if she could see how we celebrate Mother’s Day in 2017.

Actually, the whole notion of honoring our mothers began long before 1914. Julia Ward Howe first proposed the idea in 1872. Howe, who wrote Battle Hymn of the Republic, saw Mother’s Day as being dedicated to peace. She wanted to use Mothers Day to help heal the scars that had resulted from the Civil War.

But it wasn’t Julia Ward Howe who is recognized for the Mothers Day holiday that we now enjoy. It was a Philadelphia woman by the name of Anna Jarvis who is universally credited with founding the holiday.

The year was 1908, just a little more than two years since Jarvis had lost her own mother. Still grieving and struggling for some way to honor her mother, Jarvis held a ceremony in Grafton, West Virginia. She was so moved by what she experienced that she embarked on a national campaign to have our country honor the many contributions that mothers make. In 1910, West Virginia became the first state to celebrate Mother’s Day and a year later, most of the country’s other states officially set aside the day as well. The momentum was obviously too great for President Wilson to refuse Jarvis’ quest to honor her own mother by designating a day each year for all of us to honor our mothers.

But what you probably don’t know is that Anna Jarvis spent the rest of her life trying to undo what she had done. Enraged by the commercialization that an entrepreneurial America developed for Mothers Day, Jarvis filed a lawsuit in 1923 to stop a Mother’s Day festival. She was later arrested for disturbing the peace when she learned that a war mother’s convention was selling white carnations—Jarvis’ symbol for mothers—to raise money. “This is not what I intended,” Jarvis said. “I wanted it to be a day of sentiment, not profit!”

Well history wasn’t very kind to Anna Jarvis. She had obviously started something that she couldn’t stop. She died at 84, never a mother herself, a woman of strange irony. In fact, she spent the most of the fortune her own mother left her to fight a holiday she created to honor her. Just before her death, Jarvis told a reporter she regretted she had ever started Mothers Day. What’s equally ironic is she made that comment from her room in nursing home, a room that had been filled with cards every Mother’s Day honoring her for what she had done.

“thy mother shall be glad, and she that bare thee shall rejoice.” (Proverbs 23:25)