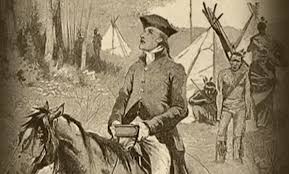 David Brainerd was a missionary to the American Indians. He was born in 1718 at Connecticut in America. Both of his parents had died by the time that he was fourteen. He knew that he had a call to the ministry and studied to be prepared for this calling. He wanted to preach the gospel to the American Indians and to do that he had to go to where they were. He was plagued by ill-health but worked zealously to bring the natives to Christ. He knew that he should give up the work or his health would fail but he persevered with his calling. At the age of twenty nine he died.

Brainerd left a diary which influenced William Carey who became a missionary to China.

We must understand that God can and will use us. He is looking at the condition of the heart, not the body.