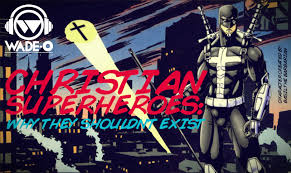 George Whitefield was born in 1714 in England. He went to Oxford University in 1732 and joined the ‘Holy Club’, a group started by Charles Wesley and led by John Wesley. This group was trying to earn salvation through works. Although they were all intelligent people and were actively seeking God, they failed to understand that salvation is by grace and that alone. The Bible clearly states that man has no part in his own salvation (Ephesians 2: 8-10). The ‘good works’ come after salvation, not before. People throughout the world are making the same mistake today!
Whitefield was the first of the group to be converted and was ordained in 1736 as a deacon in the Church of England. Whitefield and the Wesleys went to Georgia, America for an evangelic mission. During this time, Whitefield went to America and was a significant figure in the Great Awakening, a revival started with the preaching of Jonathan Edwards.
Some estimates have been made that George Whitefield preached to six million people at a time when there was no television or radio. Whatever the merits of these estimates it is clear that Whitefield was an effective preacher and a significant figure in spreading the gospel of Jesus Christ.